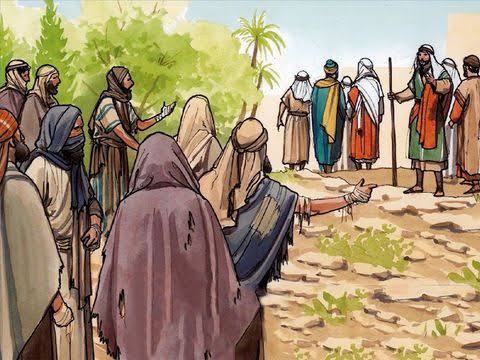 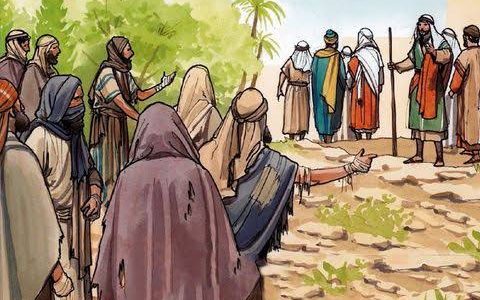 THE TRUE THANKSGIVING AND PRAISE

Thanksgiving is an expression of gratitude. Gratitude is the state of being grateful.

We express gratitude for what we have received.

As we study the Bible we found out that God expects thanks, appreciates thanks, receives thanks and demands thanks.

Luk 17:11-19 KJV 11 And it came to pass, as he went to Jerusalem, that he passed through the midst of Samaria and Galilee. 12 And as he entered into a certain village, there met him ten men that were lepers, which stood afar off: 13 And they lifted up their voices, and said, Jesus, Master, have mercy on us. 14 And when he saw them, he said unto them, Go shew yourselves unto the priests. And it came to pass, that, as they went, they were cleansed. 15 And one of them, when he saw that he was healed, turned back, and with a loud voice glorified God, 16 And fell down on his face at his feet, giving him thanks: and he was a Samaritan. 17 And Jesus answering said, Were there not ten cleansed? but where are the nine? 18 There are not found that returned to give glory to God, save this stranger. 19 And he said unto him, Arise, go thy way: thy faith hath made thee whole.

In the text we read Jesus passed through Samaria to Jerusalem, at the border were ten lepers who according to the law of Moses in Leviticus were not allowed to come into town because of their leprosy.

Lev 13:45-46 KJV 45 And the leper in whom the plague is, his clothes shall be rent, and his head bare, and he shall put a covering upon his upper lip, and shall cry, Unclean, unclean. 46 All the days wherein the plague shall be in him he shall be defiled; he is unclean: he shall dwell alone; without the camp shall his habitation be.

They cannot celebrate with people, felicitate or rejoice, mingle with others because of the leprosy, they had to be separated from the city. They became outcast and stigmatized. Whatever the devil is using to keep you from rejoicing and celebration shall be turned into joy in Jesus name.

They asked Jesus for mercy because they knew He could do it.

They had heard how Jesus cleansed a leper before in Matthew

Mat 8:2-4 KJV 2 And, behold, there came a leper and worshipped him, saying, Lord, if thou wilt, thou canst make me clean. 3 And Jesus put forth his hand, and touched him, saying, I will; be thou clean. And immediately his leprosy was cleansed. 4 And Jesus saith unto him, See thou tell no man; but go thy way, shew thyself to the priest, and offer the gift that Moses commanded, for a testimony unto them.

Now they saw the same Jesus passing by and cried from far according to the law of Moses pleading for Him to show them mercy.

The Lord told them to go and show themselves to the high priest.

That shocked me because the last time I checked in the law of Moses and in the miracle recorded in Matthew the man had been cleansed so it was proper for the Lord to ask him to go and show himself to the high priest according to Lev 14 and offer the sacrifice demanded.

You don’t go to the high priest unless you have been cleansed of your leprosy.

One of the priests most skilled in the diagnostics of disease, being deputed to attend such outcasts, the restored leper appeared before this official, and when after examination a certificate of health was given, the ceremonies here described were forthwith observed outside the camp.

So, when Jesus asked the ten lepers to go and show themselves to the high priest even though there was no evidence of being cleansed and they agreed to go, it was an expression of their trust and faith in the Lord but a violation of the norm.

Thank God somebody like you and i in this digital age was not among them, we would have argued with the Lord and say, “Sir, we cannot go now until we see that our bodies has changed, fingers and toes grow normally” We would say that is ridiculous and we will be greatly embarrassed if the high priest sees us.” The lepers went. Until you are ready to do the ridiculous and appear to people as strange you have not stepped into faith.

They acted on their faith and went as instructed. This is the highest demonstration of faith. This is expected of Christians. Many will want to see before they believe. Such are sense dominated christians or carnal . People that are governed by their five senses. Paul said we don’t walk by sight but by faith 2Cor 5: 7. The word sight there is sensory perception or appearances. Act your faith brothers.

Here is the good news, as they went they were healed. Their faith paid off. As you step out of this auditorium, a miracle shall follow you in Jesus name.

The bible says when one of them discovered that he was healed returned back to Jesus and expressed his gratitude by prostrating and shouting on top of his voice. He cannot just keep it to himself.

Jesus asked how come that out of ten only one returned to give glory unto God? He asked, “where are the remaining nine?” Moreso, He said the man was a stranger. You know why He called him a stranger? Because the guy was from Samaria and in that first dispensation of Jesus’ work, He was sent only to the lost soul in Israel. This man does not deserve it but he got it anyway. May grace speak for you.

This shows that the Lord placed so much emphasis on praise and giving gratitude for what we have received.

Where are the nine today?

1. The nine are people that feel that God has not done anything for them.

2. The nine are those that feel that whatever was done was not a big deal.

3. The nine are those who are holding God responsible for their situation or feel that God allowed it and so have no reason to give thanks.

4. The nine are the people that consider their environment and situation and come to the conclusion that it is of no use to give thanks.

5. The nine are those who feel because God has not answered the present challenges, they don’t have any reason to give thanks.

The nine are basically ignorant of what we should give thanks for.

Here is the true and acceptable thanksgiving.

Heb 13:15 KJV By him therefore let us offer the sacrifice of praise to God continually, that is, the fruit of our lips giving thanks to his name.

The jews offer praises through various sacrifices and their priests but under the new covenant, all such sacrifices have been ended and ceased. There is now one high priest in the person of Jesus and we are to come by him to God offering sacrifices of praise which he defined as the fruit of our lips.

The Jews allowed that, in the time of the Messiah, all sacrifices, except the sacrifice of praise, should cease

Giving thanks—Greek, “confessing.”Is the Hebrew, “todah,” is beautifully emphatic. It literally means “acknowledgment” or “confession.” In praising a creature, we may easily exceed the truth; but in praising God we have only to go on confessing what He really is to us. Hence it is impossible to exceed the truth, and here is genuine praise. Giving thanks to his name – To God; the name of one being often put for the person himself. “Praise” now is one of the great duties of the redeemed.

2. Giving thanks for the benefits of salvation

Col 1:12-13 KJV 12 Giving thanks unto the Father, which hath made us meet to be partakers of the inheritance of the saints in light: 13 Who hath delivered us from the power of darkness, and hath translated us into the kingdom of his dear Son:

The greatest expression of thanks is thanksgiving done in faith or in anticipation of good expected. Even when it is not physically yet.

A very good case study is when Jesus came to the tomb of Lazarus and made a great prayer.

Joh 11:41 KJV Then they took away the stone from the place where the dead was laid. And Jesus lifted up his eyes, and said, Father, I thank thee that thou hast heard me.

Heard? I thought Lazarus was still in the grave, yet the Lord thanked His Father. Ordinarily we expected Him to give thanks after Lazarus had been raised but He did the opposite.

When you give thanks in faith you are commiting heaven unto it. You are making them a debtor to it.

Advantages of giving thanks

2. Thanksgiving brings heaven’s attention and focuses on our lives.

Things may not be or go the way you expected, still give thanks.

Hab 3:17 KJV 17 Although the fig tree shall not blossom, neither shall fruit be in the vines; the labour of the olive shall fail, and the fields shall yield no meat; the flock shall be cut off from the fold, and there shall be no herd in the stalls:

No farmer expects all these negative things, they expect the opposite. Yet Habakkuk says something strange

Hab 3:18 Yet I will rejoice in the LORD, I will joy in the God of my salvation. 19 The LORD God is my strength, and he will make my feet like hinds’ feet, and he will make me to walk upon mine high places. To the chief singer on my stringed instruments.

The word “yet” means nevertheless or despite those facts, he said he will not be moved but will still praise God.

One reason why many don’t express thanks is because their focus is on the mundane things but Habakkuk says he will rejoice in the Lord. Our joy is in the Lord and not in self, accomplishments, feats, spouses, children and properties. Habakkuk rejoice despite those things he mentioned earlier because in verse 19, he believed God will turn things around.