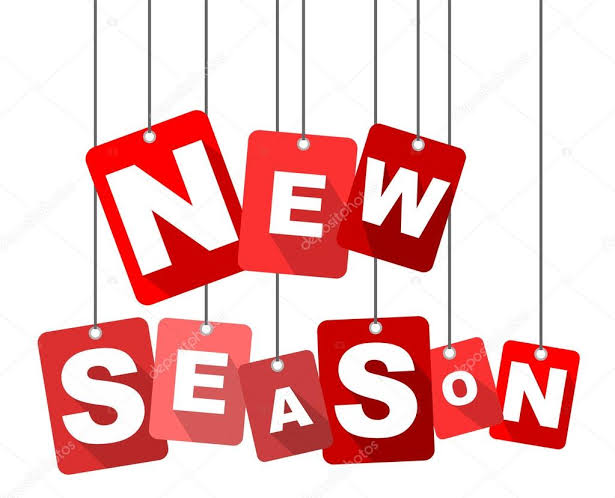 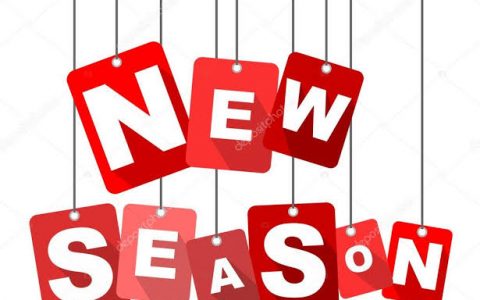 STEPPING INTO THE NEW SEASON

The theme for the year 2022 is stepping into the new season.

We are here to christian the year. You name the year and call it by its name. Adam named the animals based on their outlook, character and fierceness.

Name is given to people, things and objects at the beginning of their life or at the inception.

A season is  (plural seasons) defined as: A season is a period of the year that is distinguished by special climate conditions. The four seasons—spring, summer, fall, and winter—follow one another regularly. Each has its own light, temperature, and weather patterns that repeat yearly.

A season is a division of the year[1] based on changes in weather, ecology, and the number of daylight hours in a given region. On Earth, seasons are the result of Earth’s orbit around the Sun and Earth’s axial tilt relative to the ecliptic plane.[2][3] In temperate and polar regions, the seasons are marked by changes in the intensity of sunlight that reaches the Earth’s surface, variations of which may cause animals to undergo hibernation or to migrate, and plants to be dormant. Various cultures define the number and nature of seasons based on regional variations, and as such there are a number of both modern and historical cultures whose number of seasons vary

Seasons occur because Earth is tilted on its axis relative to the orbital plane, the invisible, flat disc where most objects in the solar system orbit the sun. Earth’s axis is an invisible line that runs through its center, from pole to pole. Earth rotates around its axis.

When the Northern Hemisphere is tilted away from the sun, with fewer hours of daylight.

Seasons have an enormous influence on vegetation and plant growth. Winter typically has cold weather, little daylight, and limited plant growth. In spring, plants sprout, tree leaves unfurl, and flowers blossom. Summer is the warmest time of the year and has the most daylight, so plants grow quickly. In autumn, temperatures drop, and many trees lose their leaves.

There are many people that experience dryness during the rainy season and there are some people that whether it rains or dry, they are always doing well. They are the people the Psalmist was talking about in Psalm 1

Psa 1:3 KJV And he shall be like a tree planted by the rivers of water, that bringeth forth his fruit in his season; his leaf also shall not wither; and whatsoever he doeth shall prosper.

Jer 17:8 KJV For he shall be as a tree planted by the waters, and that spreadeth out her roots by the river, and shall not see when heat cometh, but her leaf shall be green; and shall not be careful in the year of drought, neither shall cease from yielding fruit.

Season made up four divisions of a year: spring, summer, autumn (fall) and winter:

Gen 8:22 KJV While the earth remaineth, seedtime and harvest, and cold and heat, and summer and winter, and day and night shall not cease.

A part of a year when something particular happens: mating season

The Seasons don’t last forever. They are part of the year when something important or significant happens. The rainy season doesn’t last for more than 3-4 months and if you don’t plant maise that time, you have missed it.

Season could also be an hour or a period of time when something miraculously happens.

Solomon described life into times and said there are different times:

May this year be your due season in Jesus name.

God works with seasons and whatever He promised is always attached to time, time of life and season.

When God was about to bring the promise He made to Abraham to pass, he attached time to it.

Gen 17:21 KJV But my covenant will I establish with Isaac, which Sarah shall bear unto thee at this set time in the next year.

Gen 18:10 KJV And he said, I will certainly return unto thee according to the time of life; and, lo, Sarah thy wife shall have a son. And Sarah heard it in the tent door, which was behind him.

Gen 21:2 KJV For Sarah conceived, and bare Abraham a son in his old age, at the set time of which God had spoken to him.

It happened at the set time, not before or after but at the fixed time. May this time your appointed time in Jesus name.

Elisha wanted to reciprocate the good gesture that the great woman of Shunamite had done for him and Gehazi. So he sent for her and asked what they could do for her but the woman declined to be rewarded until Gehazi made it known what the woman was lacking. Then Elisha made a declaration, a specific declaration:

2Ki 4:16 KJV And he said, About this season, according to the time of life, thou shalt embrace a son. And she said, Nay, my lord, thou man of God, do not lie unto thine handmaid.

Did it come to pass as he prophesied?

2Ki 4:17 KJV And the woman conceived, and bare a son at that season that Elisha had said unto her, according to the time of life.

Our rewards comes in seasons

Gal 6:9 KJV And let us not be weary in well doing: for in due season we shall reap, if we faint not.

Psa 102:13 KJV Thou shalt arise, and have mercy upon Zion: for the time to favour her, yea, the set time, is come.

In this scripture, the psalmist recognized that the appointed time or the season of favour has come. His hope was high. His expectation was great because he knew that the time and season for emancipation had come.

One of the things that can quickly change a man’s life is to recognize seasons and to do everything not to miss fixed and appointed seasons of life.

What was the psalmist talking about? He was talking about the captives in Babylon who had been there for a long period of time. The psalmist discovered that the appointed time had come for them to be liberated and restored to their original land. This year there shall be restoration for many in Jesus name.

It is the season of favour and the appointed time set for Zion..

This is the prayer of the captives in Babylon, when, towards the end of the captivity, they were almost worn out with oppression, cruelty, and distress. The Psalm has been attributed to Daniel, to Jeremiah, to Nehemiah, or to some of the other prophets who flourished during the time of the captivity

God is said to “arise,” when he bestirs himself to take vengeance on his enemies, and deliver his saints out of their hands. The “Zion,” on which he would “have mercy,” was not the city only, but the people belonging to it. For the time to favour her (or, pity her ), yea, the set time, is come. By “the set time” is probably meant the time fixed by Jeremiah for the termination of the Captivity and the restoration of Jerusalem, (Jer 25:11 , 12 29:10) and alluded to by Daniel in Dan 9:2 .

Daniel in Dan 9 says he understood by scripture that the time appointed through the prophecy of Jeremiah was 70 and it was coming to a close, so he decided to pray and fast and because he prayed God moved into action.

Dan 9:2-3 KJV 2 In the first year of his reign I Daniel understood by books the number of the years, whereof the word of the LORD came to Jeremiah the prophet, that he would accomplish seventy years in the desolations of Jerusalem. 3 And I set my face unto the Lord God, to seek by prayer and supplications, with fasting, and sackcloth, and ashes:

These are Jeremiah prophesies

Jer 25:11 KJV And this whole land shall be a desolation, and an astonishment; and these nations shall serve the king of Babylon seventy years.

Jer 29:10 KJV For thus saith the LORD, That after seventy years be accomplished at Babylon I will visit you, and perform my good word toward you, in causing you to return to this place.

Even though the set time which was seventy years had come yet they were still in captivity. How were they able to come out of it?

How were they able to get out of the captivity?

God stirred up the heart of Cyrus and he made a declaration for their emancipation.

Do you know that Isaiah the prophet had prophesied that Cyrus was ordained before he was born and came to the throne to be the helper of the children of Israel and will be the one to grant them freedom.

Isa 44:28 KJV That saith of Cyrus, He is my shepherd, and shall perform all my pleasure: even saying to Jerusalem, Thou shalt be built; and to the temple, Thy foundation shall be laid.

Isa 45:13 KJV I have raised him up in righteousness, and I will direct all his ways: he shall build my city, and he shall let go my captives, not for price nor reward, saith the LORD of hosts.

But Cyrus came to the throne and did not do what had been written concerning him. Do you know that there are people like Cyrus that heaven has ordained to do you good, be your destiny helpers, provide for you but many are just looking but this year, they shall arise, they shall stand up and they shall champion your cause.

But when Daniel prayed, the Bible says God stirred up his heart, he was moved, he got himself together and began to make a proclamation. Prayer is a place to enforce victory. They don’t need to beg you to come to a prayer meeting. The stirring did not automatically come to pass. It was because somebody understood the timing and went further not just to be hopeful but prayed and fasted. Because he did that, God stirred up Cyrus.

This year your own “Cyrus” will be stirred up in Jesus name.

You can see the interwoven of the scriptures. Even though it is our season, we must pray for its actualization in every area of life.

The pool at bethsaida was stirred at a particular season

Joh 5:4 KJV For an angel went down at a certain season into the pool, and troubled the water: whosoever then first after the troubling of the water stepped in was made whole of whatsoever disease he had.

This man was there for 38years because according to him, each time or each season the angel came to stir up the healing pool, he did make an attempt to enter but every now and then another person would jump there before he got to the pool. He missed his season for 38years! May you not miss your season in Jesus name.

May this time be a new season for you and your households in Jesus name. May it be a season of love, blessings, miracles, marital bliss and unprecedented favour. It is your time and season therefore activate with prayers.