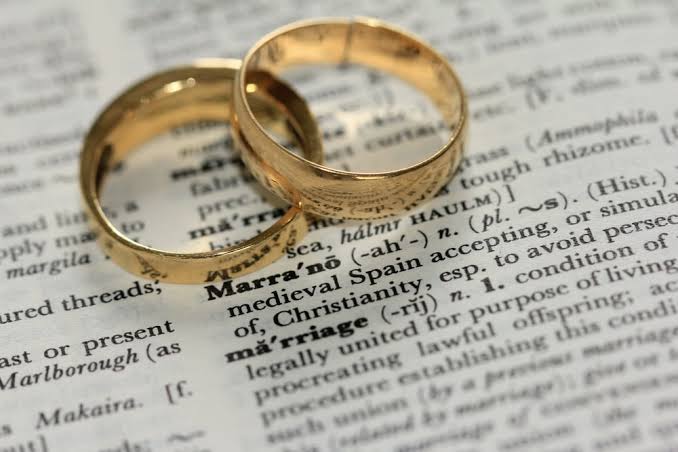 Marriages do encounter issues and challenges such as family, economic, financial, issues with children, unfaithfulness, submission issues, attack of the enemy and many others too numerous to mention. What should we do? How should we handle such a challenge?

Joh 2:1-10 KJV 1 And the third day there was a marriage in Cana of Galilee; and the mother of Jesus was there: 2 And both Jesus was called, and his disciples, to the marriage. 3 And when they wanted wine, the mother of Jesus saith unto him, They have no wine. 4 Jesus saith unto her, Woman, what have I to do with thee? mine hour is not yet come. 5 His mother saith unto the servants, Whatsoever he saith unto you, do it. 6 And there were set there six waterpots of stone, after the manner of the purifying of the Jews, containing two or three firkins apiece. 7 Jesus saith unto them, Fill the waterpots with water. And they filled them up to the brim. 8 And he saith unto them, Draw out now, and bear unto the governor of the feast. And they bare it. 9 When the ruler of the feast had tasted the water that was made wine, and knew not whence it was: (but the servants which drew the water knew;) the governor of the feast called the bridegroom, 10 And saith unto him, Every man at the beginning doth set forth good wine; and when men have well drunk, then that which is worse: but thou hast kept the good wine until now.

They invited Jesus and His disciples to the wedding. The greatest honour any home will do to themselves is to invite Jesus. The quality of people invited to your wedding is a reflection of your religious state.

The wedding in those days usually took days to one week with the groom entertaining guests. It was on one of those days that the wine got finished.

The bible says when they wanted wine which means there was a time when they had enough wine but suddenly the wine finished or got exhausted.

The Greek word they used for “wanted” in that passage is “hustereo” and it means behind, to come late or too tardily to be left behind in the race and so fail to reach the goal, to fall short of the end. Be wanting, to be in want of, lack, to suffer want, to be devoid of, to lack (be inferior) in excellence, worth, to fall short (be deficient): – come behind (short), be destitute, fall, lack, suffer need, (be in) want,

The bible is silent on what caused the wine to run out while the wedding was still going on. The failure (which must be understood as complete) may have been occasioned by the long continuance of the festivities, but more probably arose from the presence of several unexpected guests.

But it was a shameful thing that the wine finished.  It was an embarrassing circumstance, especially to Mary.

Can I pray for you whatever is producing or causing shame in your home is terminated in Jesus name.

There are many families that are in want today. Some are in want of breadwinner, love, care, money, finances, jobs, contracts. Whatever is wanted in your family is released today in Jesus’ name.

Psalm 23 says the Lord is my shepherd I shall not want. I decree over somebody, every yoke of  want is broken today in Jesus’ name. Anointing for abundance, anointing for more than enough is released in Jesus name. You will not lack. My God shall supply all your needs. The yoke of insufficiency is broken in Jesus’ name.

Mary went to report to Jesus what had happened.

Why will Mary take it upon herself to report this incident to her son Jesus? Why didn’t the host go to Jesus by themselves? Maybe they were ashamed and embarrassed but someone took up their case. Someone decided to speak up for them. Sometimes in life we face such situations whereby we are put in a position that we cannot speak up. It is too shameful and embarrassing but can I pray for you that someone that God will raise someone that will speak on your behalf in Jesus name. Someone will intercede for you. Someone will champion your cause in Jesus’ name.

When you have challenges in your home, don’t go to your friends, relatives, colleagues in the office but go to Jesus, tell Jesus about it. The Lord told Mary why she would come to Him because He had not started His ministry in such a manner and Jesus had never performed any miracle up to that time. Mary was only expressing the need for help. Maybe Jesus could help out anyhow and anyway. She took it upon herself to seek help for the host. I pray for you again, someone that will carry your matter for head, someone that will connect you to your destiny helpers, may they show up this week in Jesus name.

If not for Mary’s intervention, the marriage would have ended in shame. May your own Mary show up in Jesus name.

However, Mary told the servants that whatever he asked them to do they should do it.

1Cor 2:14 KJV But the natural man receiveth not the things of the Spirit of God: for they are foolishness unto him: neither can he know them, because they are spiritually discerned.

The Lord instructed the servants to fill the waterpots and fetch the water to the MC.

When the MC tasted it he was surprised that a better wine came at the end of the wedding. May God surprise your family.

At what point did the water turn into wine? It was while the servants were on their way to the MC as Jesus had directed them without argument. They obeyed to the letter, they didn’t say but sir this is water, they needed wine and not water. They “foolishly” obeyed and while on the way, the water changed. As you depart from this place today, there shall be a turn around for your home in Jesus name.

Whenever there are issues in marriage, we should take it to the Lord in prayer. He is the author and originator  of marriage. He knew that there will be problems in any human institution and so He had put everything to solve them in the manual of life. Seek counsel from godly people who married in the Lord and have a good home. Rather than reporting your spouse to her people or to his people, “report” him or her to the Lord. Let the Lord handle the situation.

Whatever is wanted now in my life and marriage I receive abundance for its Jesus name.

I command a turn around for my body, life and business.