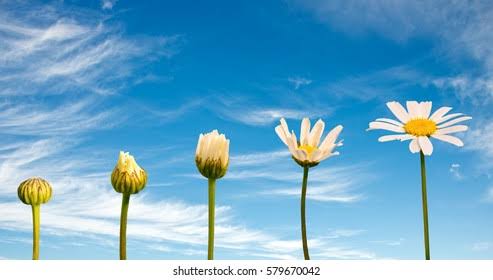 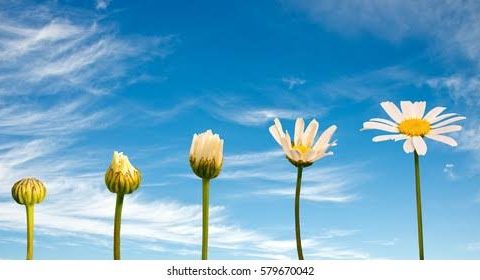 BLOSSOMING IN THE MIDST OF TROUBLE

Exo 1:9-12 KJV 9 And he said unto his people, Behold, the people of the children of Israel are more and mightier than we: 10 Come on, let us deal wisely with them; lest they multiply, and it come to pass, that, when there falleth out any war, they join also unto our enemies, and fight against us, and so get them up out of the land. 11 Therefore they did set over them taskmasters to afflict them with their burdens. And they built for Pharaoh treasure cities, Pithom and Raamses. 12 But the more they afflicted them, the more they multiplied and grew. And they were grieved because of the children of Israel.

One of the designs of the enemy is to reduce the population of the people of God, punish them into submission and make life difficult for them. This is exactly the way it was with the children of Israel after the death of Joseph. Another king came into the rulership who never knew Joseph. So he discussed with his people on how to reduced the popupation of Israel by killing the males thereby reducing thei ability to raise insurrection against Egypt. he put a plan in place in which the task masters will overworked the people and with that they will either die from exhaution or become incapacitated.

It was a terrible experience. However the Bible has this testimony that the more they afflicted them the more they multiplied and flourished.

Exo 1:12 KJV But the more they afflicted them, the more they multiplied and grew. And they were grieved because of the children of Israel.

The Psalmist while commenting on this verse made a very good statement:

Psa 105:24 KJV And he increased his people greatly; and made them stronger than their enemies.

In the midst of trouble and destruction, the people of God grew tremendously to the extent that they became stronger than their enemies.

God turned around to the advantage of the children of Israel what the enemies wanted to use against His people.

This has always been the pattern that whenever the church is persecuted, the church grows. This is what happened with the early church.

Act 4:1-4 KJV 1 And as they spake unto the people, the priests, and the captain of the temple, and the Sadducees, came upon them, 2 Being grieved that they taught the people, and preached through Jesus the resurrection from the dead. 3 And they laid hands on them, and put them in hold unto the next day: for it was now eventide. 4 Howbeit many of them which heard the word believed; and the number of the men was about five thousand.

The healing of the lame man at the beautiful gate had made many people to come around and listened to the Apostle who took advantage of that to preach the word unto them. While they were preaching the Sanhedrin came upon them and arrested them. They were arrested for preaching the resurrection from the dead, a doctrine that was contrary to the belief of the Sadducees.

But despite the fact that they arrested the disciples and got them locked up for trial, the bible had this testimony:

Act 4:4 KJV Howbeit many of them which heard the word believed; and the number of the men was about five thousand.

The people that head Peter and John believed the word. Faith comes by hearing and hearing the word of God. The arrest also confirmed the men as speaking for God. One thing about persecution is that the persecutor is conscience grieved. The word is challenging them and the only response they could muster up is destroy the preachers.

2Ti 2:9 KJV Wherein I suffer trouble, as an evil doer, even unto bonds; but the word of God is not bound.

The Bible has this to say about the righteous in the days of trouble and in dry land.

Psa 92:12-14 KJV 12 The righteous shall flourish like the palm tree: he shall grow like a cedar in Lebanon. 13 Those that be planted in the house of the LORD shall flourish in the courts of our God. 14 They shall still bring forth fruit in old age; they shall be fat and flourishing;

When a Christian is confronted with persecution and opposition in his faith, he doesn’t have to despair and be disturbed because it is a pointer that the persecutioneer is being condemned and the only way they get relief is to punish the people they see as the source of their heart trouble. This will eventually turn around to the advantage of the church because the people who see what is happening will be convicted and become stronger in their faith which will consequently cause an increase in the number of people that believed that doctrine. it has always been the experience of the Church through all the ages.

You may be persecuted for your faith now, don’t give because it will end up in praises to the glory of God as more people through it will be convinced that there is something about your faith that is making them to persecute you and therefore embraces your faith.

Phi 1:12-14 KJV 12 But I would ye should understand, brethren, that the things which happened unto me have fallen out rather unto the furtherance of the gospel; 13 So that my bonds in Christ are manifest in all the palace, and in all other places; 14 And many of the brethren in the Lord, waxing confident by my bonds, are much more bold to speak the word without fear.

Even though Paul was in trouble yet many people in the palace of the king and all around were converted to Christianity, praise God. One thing we will not be delivered from is persecution. Our Lord warned us to embrace it and Paul also said many that will live godly will suffer persecution.

Mat 10:17-18 KJV 17 But beware of men: for they will deliver you up to the councils, and they will scourge you in their synagogues; 18 And ye shall be brought before governors and kings for my sake, for a testimony against them and the Gentiles.

Mat 10:23 KJV But when they persecute you in this city, flee ye into another: for verily I say unto you, Ye shall not have gone over the cities of Israel, till the Son of man be come.

He didn’t say “if” but when, which means it is just a matter of time, persecution will arise, just be ready.

2Ti 3:12 KJV Yea, and all that will live godly in Christ Jesus shall suffer persecution.

The LOrd takes persecution of His church personally. That was why He told Saul that he was persecuting Him Act 9:4

There are certain things that we need to know while facing adversity and persecution: