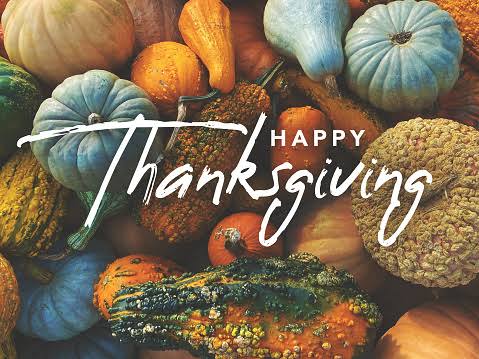 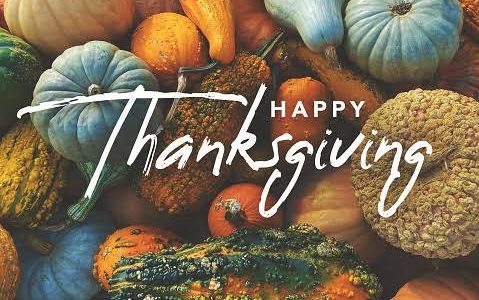 Thanksgiving an expression of faith

Thanks or thanksgiving is an expression of gratitude.

Expression is the action of expressing thoughts, ideas, feelings, etc.

Therefore thanksgiving is what we do. We give expression about how we feel, our thoughts and joy. If you are thankful you will demonstrate it.

Thanks is an appreciation of what has been done, for what one has received or gotten.

SOME FACTS ABOUT THANKSGIVING

When we speak in tongues

1Co 14:16-17 KJV 16 Else when thou shalt bless with the spirit, how shall he that occupieth the room of the unlearned say Amen at thy giving of thanks, seeing he understandeth not what thou sayest? 17 For thou verily givest thanks well, but the other is not edified.

When we meet the need of people around us

2Co 9:12 KJV For the administration of this service not only supplieth the want of the saints, but is abundant also by many thanksgivings unto God;

Col 1:12-13 KJV 12 Giving thanks unto the Father, which hath made us meet to be partakers of the inheritance of the saints in light: 13 Who hath delivered us from the power of darkness, and hath translated us into the kingdom of his dear Son:

How often should we give thanks?

Eph 5:20 KJV Giving thanks always for all things unto God and the Father in the name of our Lord Jesus Christ;

When we pray, we should give thanks because it is already a done deal

Phi 4:6 KJV Be careful for nothing; but in every thing by prayer and supplication with thanksgiving let your requests be made known unto God.

In everything we give thanks

Gen 50:20 KJV But as for you, ye thought evil against me; but God meant it unto good, to bring to pass, as it is this day, to save much people alive.

HOW DO WE EXPRESS THANKSGIVING?

When we give sacrifice of praise

Heb 13:15 KJV By him therefore let us offer the sacrifice of praise to God continually, that is, the fruit of our lips giving thanks to his name.

Ordinarily, human beings give thanks for what they have received. It is a normal thing for us. Parents will ask the children…”and what will you say?. We train them to say thank you. To learn how to express appreciation for gifts.

And God expects thanksgiving. Look at the case of the ten lepers.

Luk 17:12-19 KJV 12 And as he entered into a certain village, there met him ten men that were lepers, which stood afar off: 13 And they lifted up their voices, and said, Jesus, Master, have mercy on us. 14 And when he saw them, he said unto them, Go shew yourselves unto the priests. And it came to pass, that, as they went, they were cleansed. 15 And one of them, when he saw that he was healed, turned back, and with a loud voice glorified God, 16 And fell down on his face at his feet, giving him thanks: and he was a Samaritan. 17 And Jesus answering said, Were there not ten cleansed? but where are the nine? 18 There are not found that returned to give glory to God, save this stranger. 19 And he said unto him, Arise, go thy way: thy faith hath made thee whole.

The reason why they said he is a Samaritan was because the Salvation under the first dispensation was given to the Jews only. He was sent to the lost sheep of the house of Israel. When he sent the disciples out first,

Mat 10:6 KJV But go rather to the lost sheep of the house of Israel.

Mat 15:24 KJV But he answered and said, I am not sent but unto the lost sheep of the house of Israel.

He strictly warned them not to go to any city of the Samaritans. So this leper did not deserve to be healed but he received it by grace. However under the new Covenant, it is a different thing entirely.

The one man who felt grateful enough to come back and thank Jesus for the blessing was a despised Samaritan.

We too don’t deserve the things we received from the Lord. We didn’t merit them and we are not qualified for them. However, God in His infinite mercy and grace saved us. We should be grateful like this leper man.

One of the things to show that you are in faith is that you will be full of thanksgiving.

Col 2:7 KJV Rooted and built up in him, and stablished in the faith, as ye have been taught, abounding therein with thanksgiving.

Case study of our Lord at the tomb of lazarus

Joh 11:41-43 KJV 41 Then they took away the stone from the place where the dead was laid. And Jesus lifted up his eyes, and said, Father, I thank thee that thou hast heard me. 42 And I knew that thou hearest me always: but because of the people which stand by I said it, that they may believe that thou hast sent me. 43 And when he thus had spoken, he cried with a loud voice, Lazarus, come forth.

Case study of Jesus when He received 5 loaves of bread

When what we have is not enough, we should give thanks

Mat 15:36 KJV And he took the seven loaves and the fishes, and gave thanks, and brake them, and gave to his disciples, and the disciples to the multitude.

Jehoshaphat (2Ch 20:21) appointed singers to praise the Lord in front of the army before the battle with Moab and Ammon, as if the victory was already gained.. As you praise GOD  with thanks, every Moabites, Ammon shall perish in Jesus name.

Jon 2:1-10 KJV 1 Then Jonah prayed unto the LORD his God out of the fish’s belly, 2 And said, I cried by reason of mine affliction unto the LORD, and he heard me; out of the belly of ell cried I, and thou heardest my voice. 3 For thou hadst cast me into the deep, in the midst of the seas; and the floods compassed me about: all thy billows and thy waves passed over me. 4 Then I said, I am cast out of thy sight; yet I will look again toward thy holy temple. 5 The waters compassed me about, even to the soul: the depth closed me round about, the weeds were wrapped about my head. 6 I went down to the bottoms of the mountains; the earth with her bars was about me for ever: yet hast thou brought up my life from corruption, O LORD my God. 7 When my soul fainted within me I remembered the LORD: and my prayer came in unto thee, into thine holy temple. 8 They that observe lying vanities forsake their own mercy. 9 But I will sacrifice unto thee with the voice of thanksgiving; I will pay that that I have vowed. Salvation is of the LORD. 10 And the LORD spake unto the fish, and it vomited out Jonah upon the dry land.

Jonah disobeyed God and he was thrown into the sea. But God commanded the fish to swallow Jonah.

Look at what he said in verse 2

Jonah 2: 2 And said, I cried by reason of my affliction unto the LORD, and he heard me; out of the belly of hell cried I, and thou heardest my voice.

In verse 4, he said  Then I said, I am cast out of thy sight; yet I will look again toward thy holy temple.

How will he look at the temple? He was anticipating deliverance.

How did Jonah come out of the belly of the fish?

While Jonah was in the belly of the fish, he prayed unto God. It is not an ordinary prayer but a prayer of anticipation of God’s goodness and mercy. It was a prayer of faith and thanksgiving.

I have a book “Speaking your desire into reality” . It is in Website.

Jonah in verse 8 says he will sacrifice unto God with the voice of thanksgiving? How will he do that? Somebody that was inside the belly of the fish.

It shows that it doesn’t matter what we are facing, we can choose to praise God. As Paul said in everything, give thanks. Jonah was speaking his desires into reality. He expressed faith with thanksgiving.

Jonah could have been wallowing in self pity just like many Christian do, he could have hated himself and hated God, but instead he expressed his faith in thanksgiving.

He said in verse nine:

I will sacrifice . . . thanksgiving—In the believing anticipation of sure deliverance, he offers thanksgivings already. God honors such confidence in Him. This is the kind of thanksgiving expected of the believers.

How did God respond to what Jonah said?

Verse 10 says “and God spoke to the fish” the word “and” is a conjunction. That is, it joined two sentences together. What it means is that what Jonah did made God respond. When he gave thanks, God spoke. God is in the business of speaking today. God is looking for that man that will give thanks so that he can command the fish to vomit out what belongs to the man. God seems to be saying to the fish; this load is not for you, vomit it. This man is a man of grace and faith, vomit him. The fish vomited Jonah at the place where Jonah was supposed to go.

Can I pray for you? Whatever has swallow your miracles shall vomit them by fire

We may be in the belly of the fish today but give thanks and whatever has been swallowed shall be vomited in Jesus name.